Ateliers deMonaco is delighted to participate in Top Marques Monaco 2018.

The latest novelties of the brand are presented for the first time this year in Monaco.

Ateliers deMonaco was delighted to receive the visit of His Serene Highness Prince Albert II of Monaco during the event
Top Marques Monaco 2017. 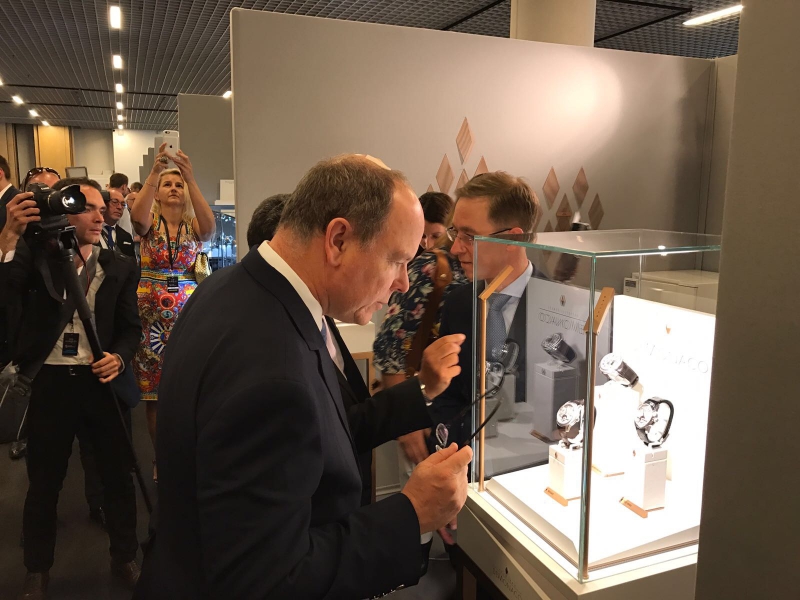 The 2017 Monaco’s motor-show hosted a record number of visitors with more than 45’000 people that visited the exhibition along the four days. 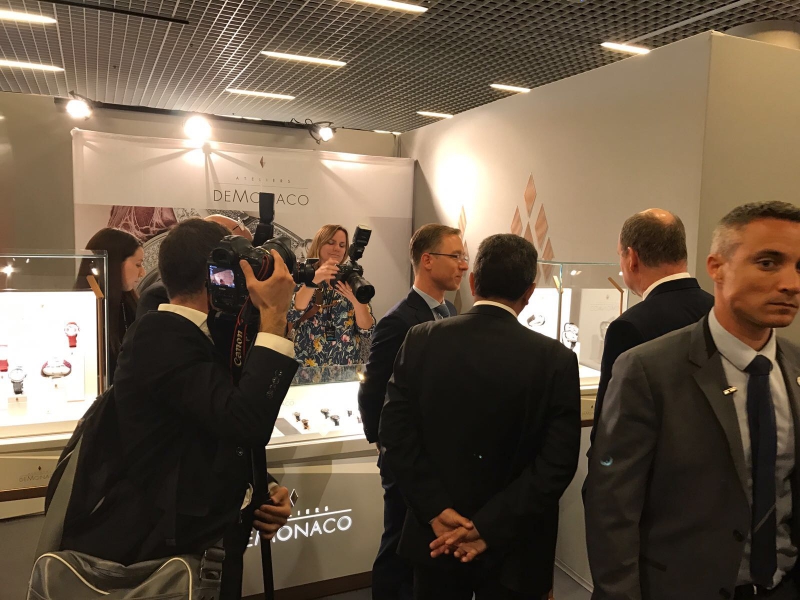 It was a pleasure for Ateliers deMonaco to present its latest horological creations to the Monaco’s lovers in an authentique atmosphere.

March/April has been action pact for the Ateliers deMonaco team, but has also been extremely exciting as we have had a tremendous amount of press coverage and exciting & enthusiastic reactions on our latest additions to the collection. We launched the Quantieme Perpetual Calendar with the EaZy-Adjust system during Basel, and we also had a little surprise during last week’s Top Marques luxury fair in our own backyard: The Grimaldi forum in Monaco.

Over 33,000 visitors crossed the threshold for the April 2011 show, up almost 10% on last year – no surprise with the quantity and caliber of exhibitors continuing to push the limits. This included ourselves, as we officially launched our entrance in the female high-end watch segment with La Sirene. Both the watch and the overwhelming positive reactions have been a surprise to many, including ourselves!

And like every year, The Prince went out of his way to catch up with the team, see the latest additions to the collection, including being the firs to officially admire the with  blue Topaz gemstone studded 18K white gold La Sirene.

We will keep you posted and will give you the inside scope when we have the official ceremony with the future Princess!